Investigative journalism in the era of the corona virus 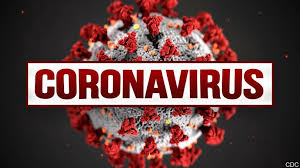 The coronavirus, which causes the disease known as Covid-19, has killed thousands of people across the world and upended the lives and work of billions of others still lucky to count themselves alive. Never before in the past century has a disease wrought so much human havoc and suffering and precipitated an unprecedented global health pandemic of unimaginable proportions.
Governments across the globe have responded by imposing emergency rule and nationwide ‘lockdowns’, which force people to stay in their homes in a bid to slow down the spread of the virus. Millions of people, especially those in the poor developing nations, have found themselves not only facing the threat of this killer virus but severe shortages of food and other life-saving essentials.
Doctors and other health workers in the most countries affected have had to contend with trying to save the lives of an unending stream of critically ill people without adequate medical ventilators that are meant to help the sick to breathe easier nor an antidote for this novel virus.
The lack of medical protective equipment for the health workers is endangering their lives, as well as the lives of their family members and of all those they are in contact with because the novel coronavirus is highly contagious. Indeed, dozens of doctors and other medical personnel have already died in this pandemic, which is reported to have started in China in December 2019 and has fanned like wildfire to more than 180 countries within three short months.
The role of journalists in covering this pandemic
Journalists across the world have played a crucial role in informing and educating the public about Covid-19, its known symptoms and preventative measures that people can take, where citizens can access medical care and food, and what their governments are doing to stem the disease’s tide.
In many countries, stretching from South Africa to China, governments have enacted legislation that prohibits members of the public and journalists from spreading ‘fake or false news’ on the disease, forcing most journalists to rely only on the official government accounts of the disease’s spread and horrific death toll.
It is in this environment that investigative journalists could and should make a positive intervention through their work of surveillance and of scrupulously holding to account all those in power and of others who are involved in efforts to mitigate the spread of this disease. The journalists should and must continue to shine a torch on the actions of at times overzealous officials, who may seek to curtail the basic human rights of citizens or exceed their powers, or of other people and officials who may seek to profit from this crisis.

Highway Africa (HA), working in collaboration with the Partnership for Social Accountability (PSA) Alliance and its partners that include the Public Service Accountability Monitor (PSAM) headquartered at Rhodes University in South Africa, has adapted PSAM guidelines which investigative journalists may find useful in doing their work in this period of anxiety, fear and even confusion among many people.
The guidelines below are just guidelines, which can be improved upon by enterprising investigative journalists in covering the crisis of Covid-19 and its many-sided impacts:
1. Oversight on the role of parliaments and local government
Journalists should play an oversight role in checking whether or not parliaments and other local government structures are doing what they should be doing (e.g. is Parliament holding the executive accountable for its actions and how is it doing this? In Botswana, for example, the government recently had to recall Parliament from recess to approve a six-month emergency imposed by the government there, so that the emergency rule was in line with the prescripts of the national legislation). Who checks on the actions of local government officials in terms of their actions, including selecting people who may benefit from government food handouts? Is this distribution being done fairly and equitably, and what metrics or criteria are used by officials to determine who has to benefit or not? What avenues are there for those people who feel unfairly neglected to voice their concerns?
2. Oversight on role of the executive government’s planning and budget plans for Covid-19
Journalists should check whether emergency laws and lockdowns are in line with national laws, focusing in particular on checking that the basic rights of ordinary people are not trampled upon. How are these emergency rules enabling or dis-enabling the imposition and implementation of national lockdowns?
Do national police and defence organs enforcing the lockdowns operate within the law or not; who monitors their actions and where can the public report complaints of excessive use of force or abuse so that these are investigated fully? Is there a police or military ombuds-person for this purpose, what are their contact details and what action can they take against military/police offenders? Who protects the whistle-blowers and how?
Has the government announced an emergency budget to tackle Covid-19; how will this money be used, by whom and when and using what criteria; are the poor people going to be looked after during the pandemic and how will this be done; is the food distribution and testing for the virus evenly distributed among various provinces of countries; are the results of the government’s tests for the virus being regularly communicated to the public in a transparent and public manner; is government accepting donor funds to help in the virus’ fight and how will these funds be disbursed, by whom and under what circumstances, and who can apply to access them and how, etc.?
Is the government communicating its messages clearly and consistently so that the public is not left confused or with mixed messages (here, you may recall US President Donald Trump’s political antics, where he repeatedly contradicted his own medical experts when addressing the American people on the Covid-19 during his daily media briefings. He even suggested that the ‘social distancing’ clampdown imposed by most US states should be removed by Easter!) It is this sort of messaging that creates problems in how to tackle the coronavirus in a cooperative, coordinated and concerted effort.

Does the government show transparency in how it is using test results and statistical models on the rates of infections and death to base its policy of fighting this virus, or is it purely thumb-suck? The message must be repeated loudly and clearly in all reporting, quoting medical experts, that science should lead and inform any measures that are meant to either tighten or ease these lockdowns, and not political grandstanding by politicians – some of whom are using the crisis to seek re-election.
3. Oversight on profiteering during the Covid-19 crisis
It is an oxymoron to state that in every crisis there are always people who stand to benefit from it. It is therefore up to the investigative journalists to check on who is or might be profiteering from the Covid-19 crisis in terms of procurement of goods and services, for example. Or, in terms of creating artificial shortages of desperately needed medical or food supplies so as to profit from any such shortages.
The journalists should regularly check with consumer agencies and anti-competition bodies on the above, along with speaking to ordinary people, who are the most affected and are likely to be valuable sources of important information. Journalists are encouraged to seek and obtain regular updates from the government on progress with sourcing of critical medical supplies, including the costs associated with sourcing such material and the quantities involved so that associated costs can be tracked.
4. Oversight on tracking of Covid-19 patients using mobile geo-location systems
Some governments are increasingly using mobile phones and systems to track the location of Covid-19 patients. Serious questions have been rightly raised by human rights agencies and digital media scholars on whether governments will only access information and data that relates to this disease, and not spy on people and their normal ordinary lives and trample on their privacy rights.
A week ago Google and Apple teamed up to roll out a new mobile tracking system which both companies claim does not violate individual privacy, but is this true and who can still trust these global tech companies? Have journalists checked these claims?
Let us not forget Facebook’s 2018 Cambridge Analytica scandal. Journalists need to check, double-check and triple-check these claims by speaking to world experts on such systems, who these days can be interviewed from anywhere in the world using simple email or other online tools.
5. Oversight on the impact of Covid-19 on national economies and people’s livelihoods
Journalists are encouraged to probe the devastating impact of Covid-19 on the economies of their countries and on the livelihoods of citizens, especially of the poor.
The International Monetary Fund (IMF) has just warned that the world economy will suffer its worst economic decline in a century in 2020, with global Gross Domestic Product tumbling by an unprecedented three percent, almost akin to the impact of the 1930s Great Depression.
IMF economists estimate that global output of US$9 trillion will be lost this year and next year, which is equal to the combined economies of Germany, Europe’s biggest economy, and Japan.
The New Zealand Herald quotes Gita Gopinath, the IMF’s chief economist as saying:
“As countries implement necessary quarantines and social distancing practices to contain the pandemic, the world has been put in a Great Lockdown.
“The magnitude and speed of collapse in (economic) activity that has followed is unlike anything experienced in our lifetimes. This is a crisis like no other. This makes the Great Lockdown the worst recession since the Great Depression, and far worse than the global financial crisis (of 2007-2008).”
In this environment, most developing countries will witness a great number of people slipping into poverty, which will take years to address. South Africa, for example, was already in a recession before the advent of Covid-19.
For the investigative journalists, it will be essential for them to investigate how are the poor are being cushioned by governments from the worst social and economic effects of Covid-19, and whether these state-led intervention programmes are successful or not, and why? Also, investigations could seek causal factors, such as prior investment (or lack of) into key public services and social protections; loss of public funds through corruption; and the mounting debt burden on poor countries in the region. How have these factors contributed to weakening public services to the extent that they fail people when they most need them?
To paraphrase Trump, the cure should not be worse than the problem (the disease) itself. In other words, it would be a tragedy if more poor people were to die from hunger than from Covid-19.
It is therefore the responsibility of journalists to not just surface this human suffering and how it is being ameliorated by governments and its many social and business partners, but to put human faces behind the many statistics of the sick and of the dying to try to precipitate a united and decisive global response to this disease.
Conclusion
In all of the above reporting scenarios, it is absolutely important that investigative journalists do everything and anything to protect their sources of information. This is the foundation and hallmark of all credible and trusted journalism. We at HA expect nothing less, especially in this time of unprecedented peril for humanity.
Journalists must stand up and be counted as having made a positive difference to the human race during one of its darkest and dangerous health threats in modern history.