Our media landscape is shifting dramatically. We’ve seen magazines suddenly close, new online forms of media pressing us urgently for donations and webinars arise as the new form of public debate. Talkshows are held from home with a single presenter, no guests in person, no music, no applause. Science journalism has been given a boost, epidemiologists are the news rock stars while conspiracy theories and fake news abound. Governments debate how to get Facebook and Google to pay for the news they disseminate for free, and Twitter is as vicious and opinionated as always. Newspapers keep on closing while some, having stuck to paywalls, are finding that this strategy is paying off. The giants of journalism (The Guardian, the New York Times, the BBC) are read and watched all over the world as they make their Coronavirus coverage free. Four media experts give us their views and take questions on how to navigate this rocky terrain. 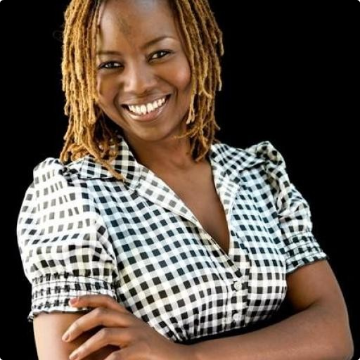 Julie Masiga is an advocate of Kenya’s high court, a journalist, and human rights proponent with a specific interest in women, leadership and governance. She has vast writing and editing experience and has worked for newspapers, magazines, and digital news outlets. Her experience includes political punditry and moderation on live television. She also writes a weekly opinion column for a national newspaper. In her current position, she curates and edits peace and security articles for The Conversation Africa, a digital news website written by researchers for a non-academic audience. 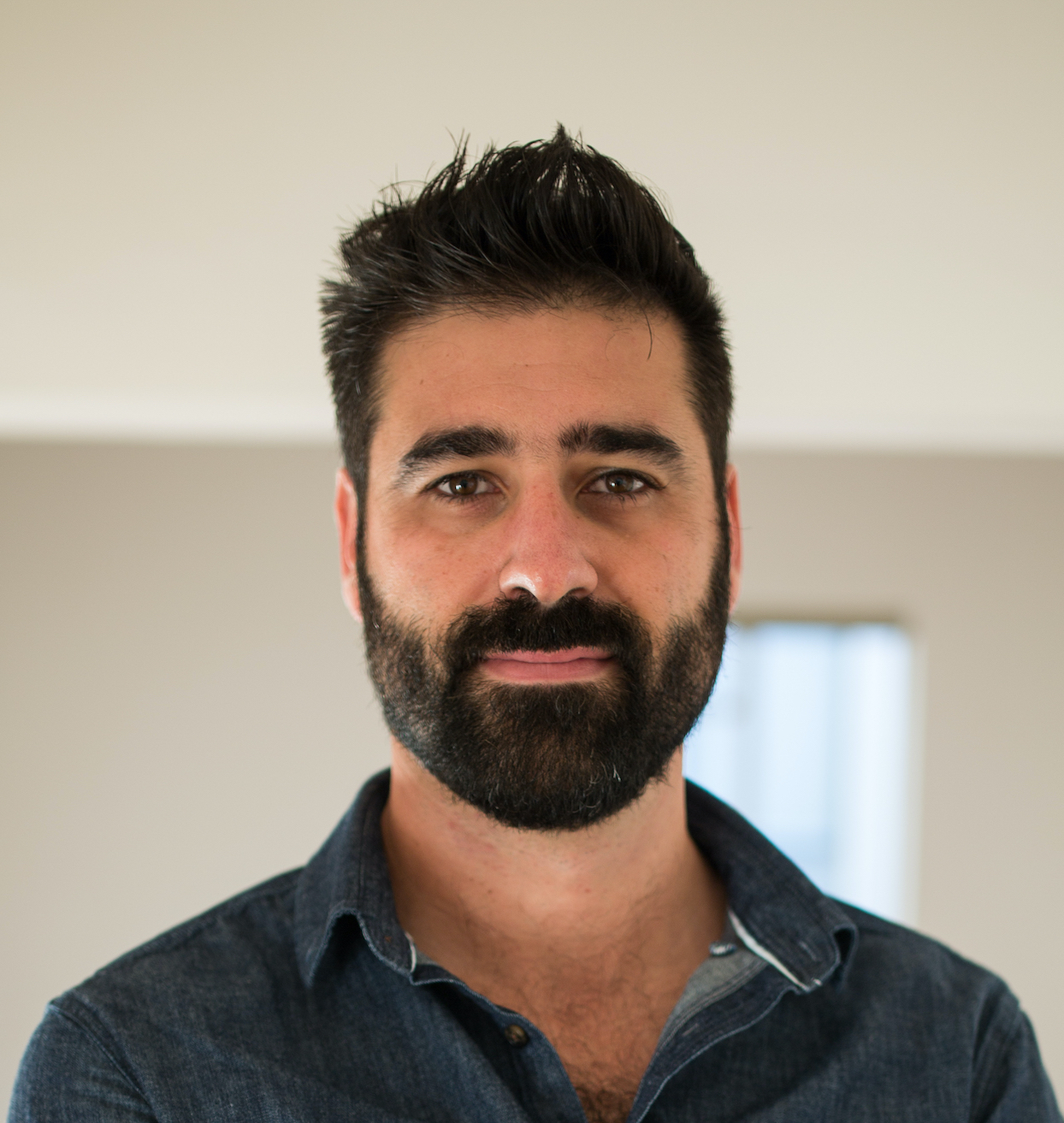 Following his qualification as a Chartered Accountant, Styli worked in London in various projects teams at investment banks before returning to South Africa in 2006. He entered the world of media in 2009 when he co-founded Daily Maverick with Branko Bkric. As publisher and CEO, Styli has helped shape the growth of the organisation from a startup to a medium-sized publisher that now employs 80 people and enjoys an influential role in the media and political landscape of South Africa. Along with overseeing the commercial efforts of the business, Styli is intimately involved in the product and technology areas of Daily Maverick as well as having designed its membership programme. 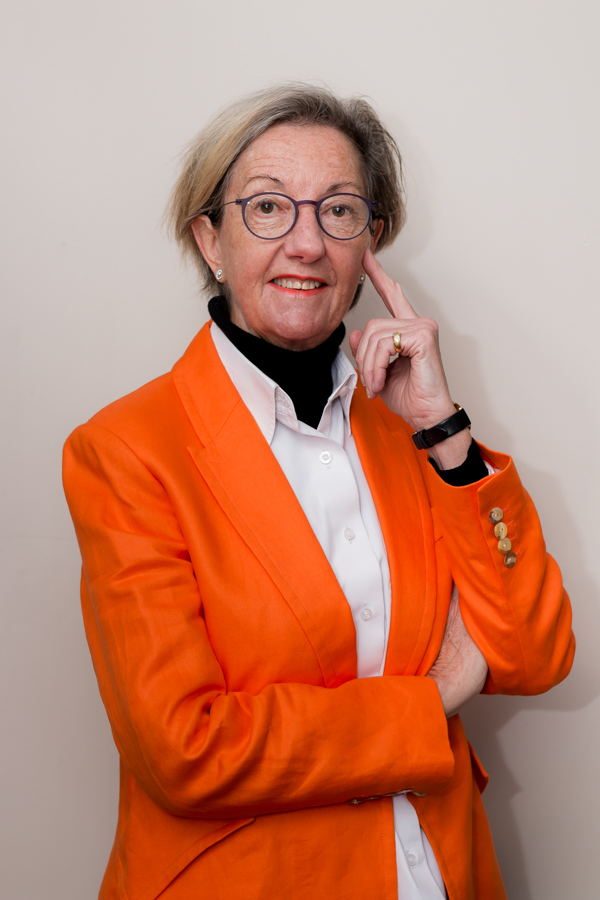 Sandra Gordon is an entrepreneur steeped in media and marketing. She has founded, developed and managed publishing businesses and subsequently sold them onto listed media groups. During her career in media she has launched over 25 magazines and online publications. In 2002 she  launched Wag the Dog, publisher of The Media and The Media Online, and created and developed two significant events – Women in The Media and The MOST Awards for media agencies and owners. Wag the Dog was sold to Tiso Blackstar (now Arena) in July 2019. She has served as a judge of magazine, newspaper and journalism awards and is acknowledged as an influencer in the media space. 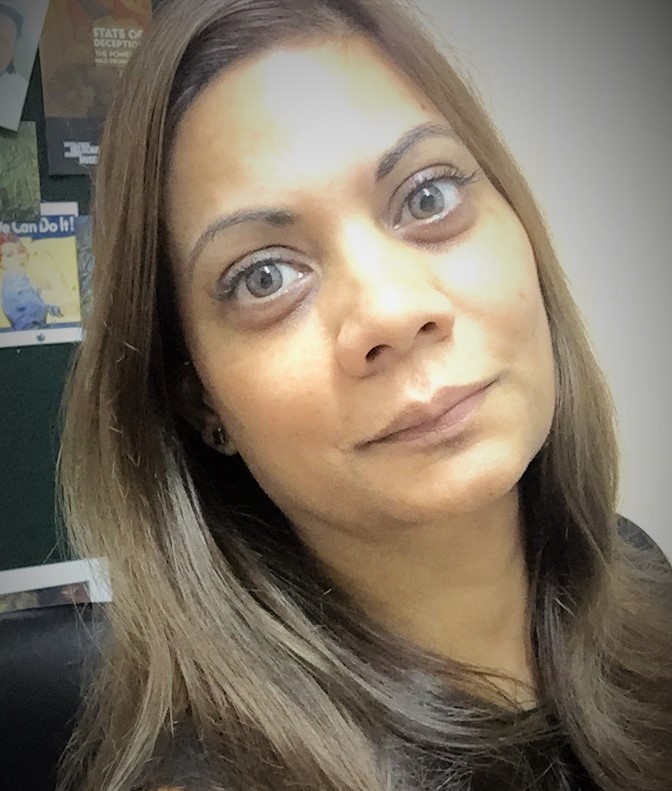 Roukaya Kasenally is the CEO of the African Media Initiative (AMI). She held prior positions at AMI as the Director of Programmes and Knowledge Management (2012–2014) and Senior Advisor (2015-2017). Kasenally is also a democracy scholar and an Associate Professor in Media and Political Systems at the University of Mauritius.

She has wide experience working in Africa as a consultant for a number of International and Pan African institutions on media and democratic governance. She is currently the Chair of the Electoral Institute for Sustainable Democracy in Africa (EISA) and a board member of the West Africa Democracy Radio (WADR). 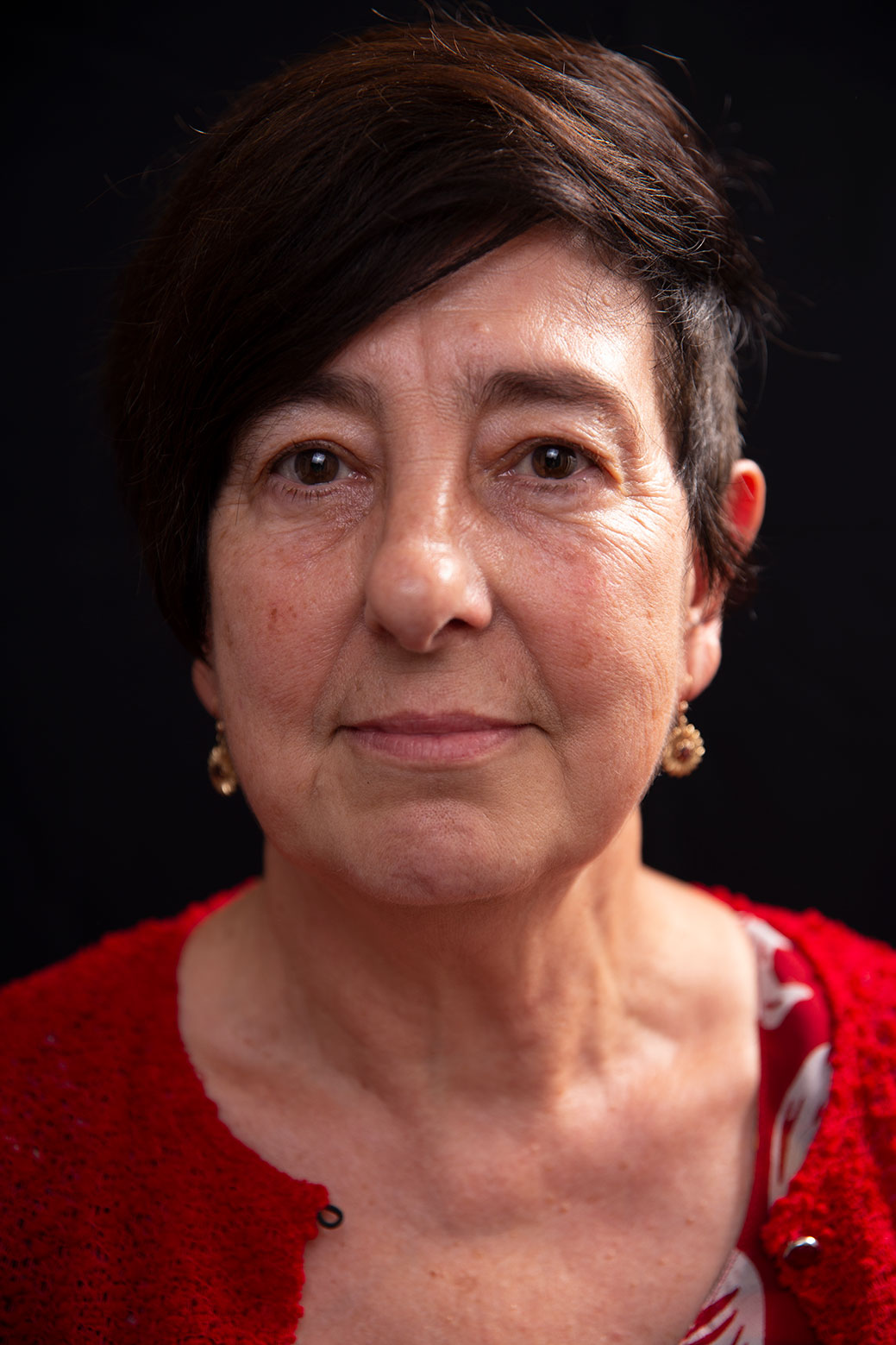 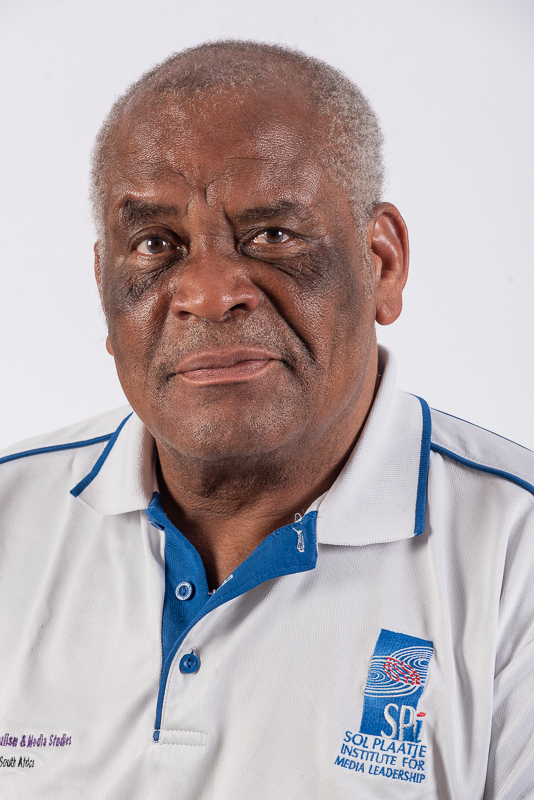 Makhanda (Grahamstown), South Africa — Highway Africa (HA), the continent’s biggest and oldest conference series run by Rhodes University, has launched a series of high-level webinars that seek practical solutions to challenges that face African media and journalism in the era of Covid-19 and how to exploit emerging opportunities.

The first of these webinars was held on 30 June and brought together some of Africa’s leading media owners, editors and commentators, who shared their insights and experiences on ‘’The Future of Journalism and Media in Africa’’ during the 90-minute online seminar. The series is dubbed ‘’Our Futures, Our New Normals’’.

Covid-19, a novel virus that erupted last December, has killed hundreds of thousands of people across the world and decimated businesses and left millions of people jobless as governments shut their economies to try to arrest the pandemic’s spread.

Many media companies in Africa and across the world have folded because of the pandemic, throwing thousands of journalists out of their jobs in the worst health pandemic to hit the globe since the Spanish flu that killed millions in 1918.

In an ironic development, Covid-19 has also enabled some leading news firms such as  The New York Times, The Wall Street Journal and the Financial Times of London to dramatically increase the number of their paying readers and thus increase their revenue as audiences frantically sought trusted news content on the pandemic. These newspapers had long placed their journalism under paywalls, which force readers to pay money to access news content hidden behind online gardens.

Sandra Gordon, a veteran magazine publisher and managing director of Stone Soup, a media group in South Africa, spoke at the webinar to urge African media houses to be creative and courageous and to collaborate to survive the disruption of Covid-19.

Gordon shared the high table of speakers with Styli Charalambous, the Chief Executive Officer (CEO) of the Daily Maverick, one of South Africa’s digital-only newspapers; Dr Roukaya Kasenally, an Associate Professor in Media at the University of Mauritius and the CEO of the pan-African Africa Media Initiative; and Julie Masiga, a leading media editor based in Kenya who has worked across Eastern Africa and is now an editor for The Conversation, an online opinion platform mostly for African scholars.

The webinar, staged with the support of the School of Journalism and Media Studies at Rhodes University, was moderated by Professor Anthea Garman, the Acting Head of the School, and Francis Mdlongwa, Director of the Sol Plaatje Institute for Media Leadership and the acting director of Highway Africa.

A grim picture for print media

Gordon painted a grim picture of the state of print magazines in South Africa, where many magazines have closed their doors recently.

She did, however, highlight that there could be a way out for those wanting to buy into the magazine industry. “You have to have a modern business model, you need to change the way you do business, adopt new technologies, become innovative and involve yourself in e-magazines, events…and still maintain the ideals of the Fourth Estate to allow for freedom of expression and to protect it,” she said.

Masiga said the media in Eastern and Central Africa was already facing financial upheaval even before Covid-19, with many media houses closing down because of being deserted by audiences and advertisers, the latter the single biggest revenue earner for media.

Covid-19 had thus accelerated the closure of some media firms. “One way that could help is for media houses to digitize and tap into this market, especially as audiences make use of cellular phones to access news,” she noted.

Masiga said the move from traditional media to digital had created an environment where professional journalists were competing with increasing numbers of content creators, including audiences, and underscored the importance of journalists differentiating themselves by being truthful and accurate in an environment that had spawned misinformation and false news.

Charalambous reflected on his newspaper’s journey over the last decade and indicated that at first it was difficult to break even financially until they figured out a way to get the readers involved.

He said that over the last two years the Daily Maverick had launched a bold readers’ membership programme. Under this innovative arrangement, the Daily Maverick took steps to listen to its audiences’ news needs and wants and then provided them with cutting-edge investigative journalism.

“We also embraced new skills in our organisation such as people working on new business products, technology, innovation and marketing. We needed to sustain this going forward and we even employed community managers and membership managers, something we would not have done a few years back,” Charalambous said.

Kasenally echoed the sentiments of the other panellists and warned that “unless media houses do actual market analysis and make use of market intelligence data to navigate and plan the way forward, then the media in some areas in Africa will become obsolete.”

She lamented the trend of media houses merely going digital and creating an even bigger digital divide between those who have online access and those who did not. “There is a culture (in Africa generally) of not wanting to pay for (news) content and media houses need to be aware of this to change this culture,” she said, referring to paywalls, which propped up the financial fortunes of those media houses which produce unique, compelling and credible news content.

Kasenally called for the establishment of a Media Africa Solidarity Fund to help struggling media houses across the African continent to ride the Covid-19 storm. “Media houses must take up this opportunity to do things differently now, during the Covid-19 pandemic, as well as create and develop (news) content that is unique and appealing to audiences, readers, and listeners.”

Highway Africa, established more than two decades ago, is Africa’s oldest conference series which has usually run annual conferences that are focused on developments of the continent’s journalism and media and are attended by hundreds of African journalists.

There will be no conference in 2020 because of Covid-19, but a Highway Africa summit conference is planned for June 2021.